A short month after that comes FOGcon, which–for some reason–I had sort of ignored despite it being in Walnut Creek, California, which is practically my backyard. I now regret all those years I didn’t go! FOGcon focuses on sff literature (as in reading & writing), and it, too, has a superpower: the ability to have well-run hot-button panels. (There are a lot of cons that I like attending but at which I would not set foot in a feminism or diversity or culture panel, for the sake of my blood pressure.)

Right now I’m feeling a mix of anticipation and anxiety: my costumes aren’t finished, I’m not sure if I’ll be able to sign up for the writing workshop event at Gallifrey One, I’m terrible at socializing at these things, and I’ll have to work extra to not be behind on my actual work … but I’m going to see amazing costumes, hear hilarious stories, learn things, and see old friends. It’ll be great. (And by the way, I’m taking applications for a con-going co-conspirator who’ll drag me to all the extroverted events–karaoke, parties, dancing–that I habitually talk myself out of.)

I may not get to everything every year, and I may always be completely useless at room parties and mixers, but I try to do something new every con season. One thing I rarely do is go to readings, so that’s on my list for this year.

Anyway, it seems that conventions are also on a bunch of other people’s minds right now, so here’s some recent reading:

The pros and cons of pro cons for writers, by Chuck Wendig. Worth reading for typical Wendig irreverence, but also for the cake story. A+ lateral thinking!

FOMO for writers: in which bad puns are mostly avoided, by Sunny Moraine. About the conviviality and connections of cons, and other considerations. #sorrynotsorry

the cost of going to a con. by Marko Kloos. Does what it says on the tin.

How Comic Con Felt like Home for a Black Girl Nerd (from November), by Cynthia Francillon. Also does what it says on the tin. 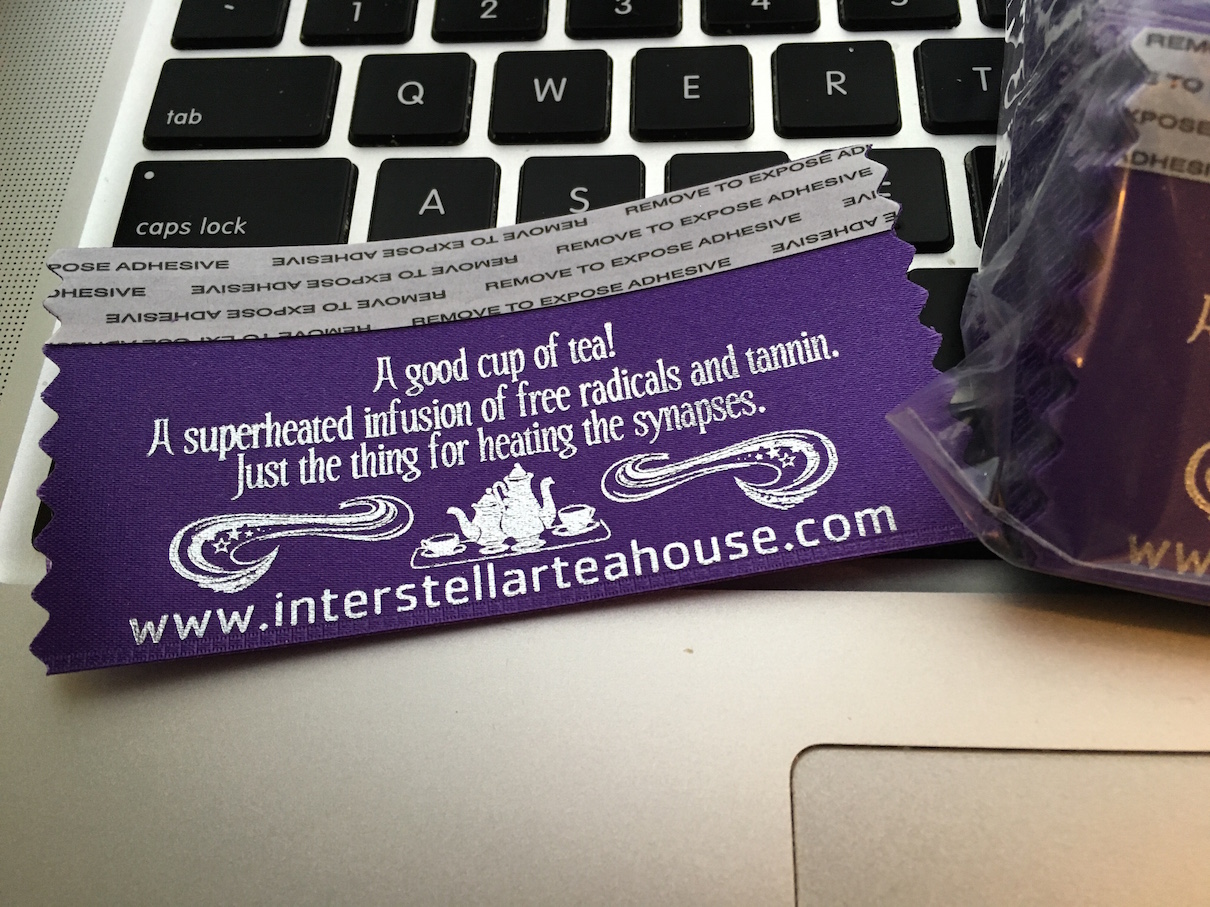 And hey, if you spot me at a convention, say hi and get an Interstellar Teahouse ribbon!